Is there a windiest time of year in Madison? 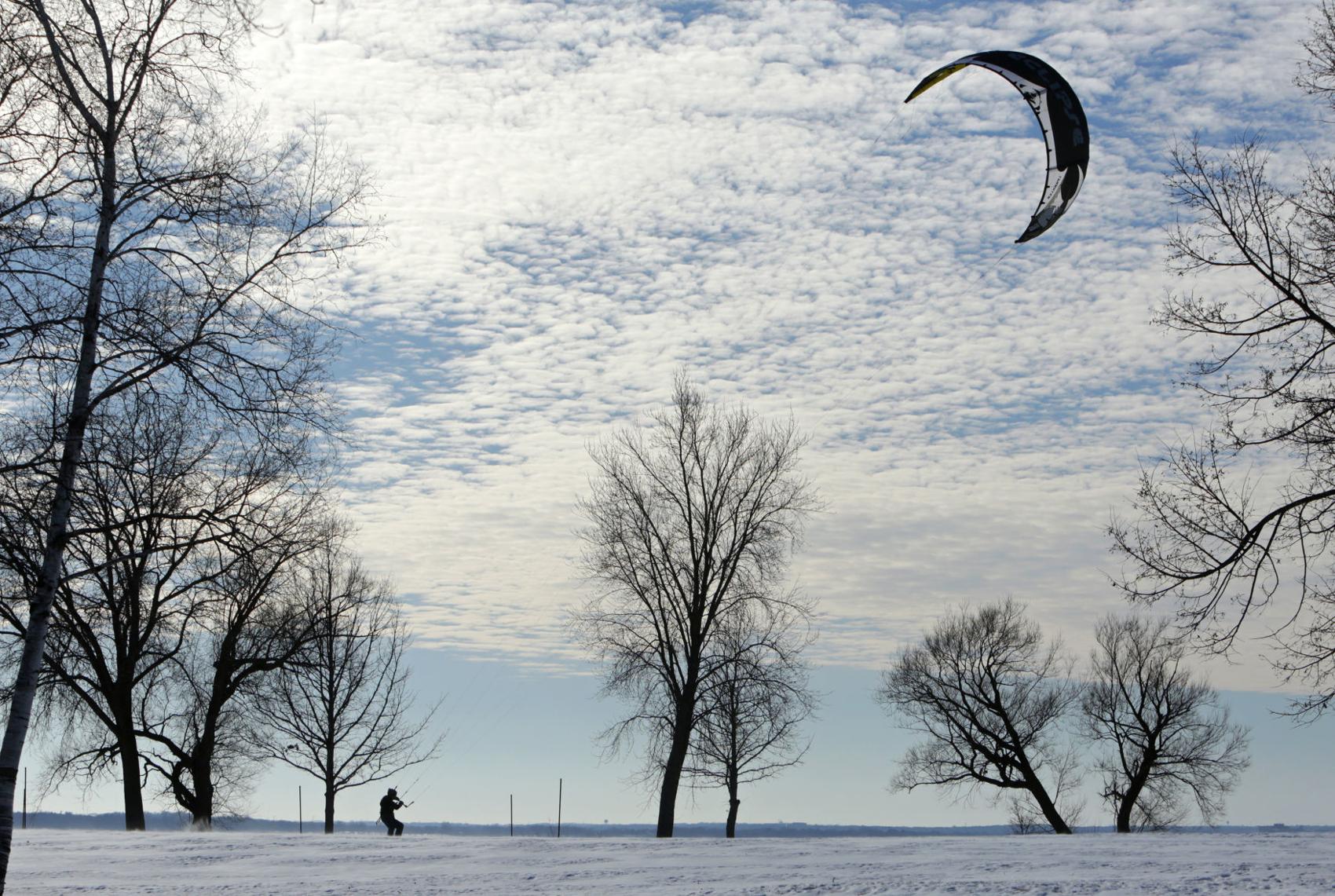 Matt Erdmann, of Madison, takes advantage of a winter wind as he kiteboards at Olbrich Park along the shore of Lake Monona. The climatology suggests that March and April are the windiest months, with average wind speeds of 11.3 and 11.4 mph, respectively, but November through February are not far behind, logging a four-month average of 10.5 mph. (Photo credit: Amber Arnold, State Journal Archives)

Given our recent weather, and with the pollen season dawning in southern Wisconsin, one may wonder if there actually is a windiest time of year in Madison.

Of course, a windy day can come along just about any time of year (the record gust of 83 mph in Madison occurred in June 1975) but the climatology suggests that March and April are the windiest months of the year with average wind speeds of 11.3 and 11.4 mph, respectively. November through February are not far behind, logging a four-month average of 10.5 mph.

The fact that it’s windier during the cold season is not surprising as that time of year is characterized by the highest frequency of mid-latitude cyclone activity. Mid-latitude cyclones are large in scale, covering several states simultaneously, and are often associated with very large differences in sea-level pressure over small distances. It is these pressure differences that drive the wind.

The particular maximum in March and April may reflect the fact that late winter and early spring storms have a higher chance of containing thunderstorms that can locally enhance the winds. It may also be that on a sunny March or April day the daytime heating contributes to a slightly breezier day than might be observed on a similarly sunny day in the depth of winter.

With regard to the pollen issue, it is interesting that the windiest month (April) occurs when plants are most in need of assistance in spreading pollen and reproducing. The power of evolution!

Comments Off on Is there a windiest time of year in Madison?