Why was there a reddish tint in the snow this month? 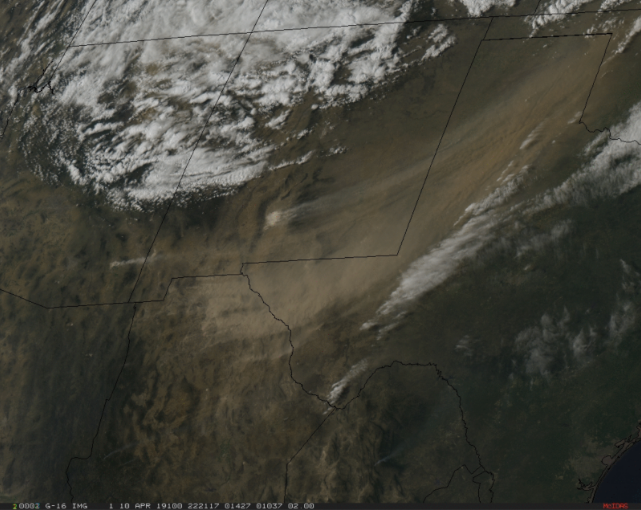 Satellite image of the strong winds carrying dust from the southwestern deserts getting caught up into the April snowstorm that hit the upper Midwest. (Photo credit: CIMSS)

On April 10, there were strong winds associated with an intensifying mid-latitude cyclone over Arizona and western Texas. Winds were gusting as high as 77 mph in New Mexico and 88 mph in Texas.

Satellite observations tracked the movement of this dust, or aerosol, northeastward across the Upper Midwest. As the wind weakened, it deposited the dust on the ground, often on recently fallen snow, where it left a reddish tint.

Dust can be transported across the globe. Micrometer-size soil particles from deserts can be lifted by the wind to high altitudes and transported over thousands of miles. Desert dust from the Sahara and Gobi deserts has been observed on the ice sheet of Greenland.

Ice cores in Greenland provide a history of the dust deposition as they appear as layers in the ice. The mineralogy of the dust in the ice allows scientists to trace the desert of origin. The source also allows scientists to determine global wind patterns from thousands of years ago, as atmospheric circulation patterns that carry Saharan dust will be different than the global circulations that can transport dust from Asia to Greenland.

Comments Off on Why was there a reddish tint in the snow this month?