What is a cyclone? 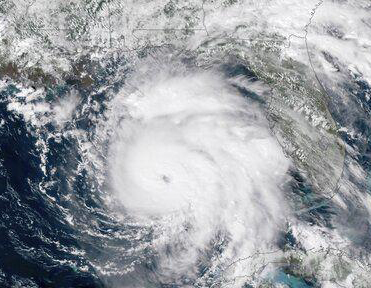 Hurricane Michael in the Gulf of Mexico in October 2018. NOAA recently upgraded Michael from a Category 4 storm to a Category 5, making Michael only the fourth tropical cyclone on record to hit the U.S. as a Category 5 hurricane. (Image credit: NOAA)

A cyclone is a general term for a weather system in which winds rotate inwardly to an area of low atmospheric pressure.

A tropical cyclone is a rotating low-pressure weather system that has organized thunderstorms but no fronts. They form over warm ocean waters.

These storms populate the middle and high latitudes, north of 35 degrees latitude in the Northern Hemisphere, and thus they also are called “mid-latitude cyclones.” If the barometric pressure of a mid-latitude cyclone falls by at least 1 millibar per hour for 24 hours, the storm is referred to as a “bomb cyclone.”

A tornado is a rapidly rotating column of air extending downward from a thunderstorm to the ground. The most violent tornadoes are capable of tremendous destruction with wind speeds of up to 300 mph.

Tornadoes form in regions of the atmosphere that have abundant warm and moist air near the surface with drier air above, and a change in wind speed and wind direction with height above the ground.

Comments Off on What is a cyclone?