Did we have a normal winter this year? 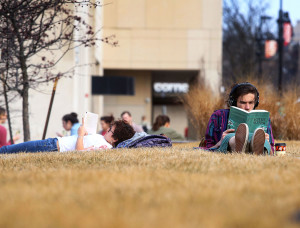 We did have our cold spells, one of which occurred in the second week of February.

Early January temperatures were cold, causing the regional lakes to freeze over. The total precipitation for most of southern Wisconsin was above normal, about 130 percent of normal.

Southern Wisconsin, however, was about 5 to 10 inches short of its climatological winter snowfall.

Another way to look at our winter temperature is to consider the number of days between the last day with a 60-degree daily average temperature and the first such day of the year.

The daily average temperature is determined by adding the daily high to the daily low and dividing by 2.

Last Tuesday we had a high of 68 and low of 52, making March 8 the first day of the year with a 60-degree daily average temperature.

The previous such day was Nov. 5, which was 123 days before.

This was 58 days shorter than the mean interval between consecutive days at or above 60 degrees, and the second shortest interval of all time – the record shortest being 118 days from Nov. 9, 1999 to March 7, 2000.

The average interval, determined from records that date back to 1871, stretches from Oct. 17 to April 17. So, almost no matter how you slice it, this past winter was quite abnormal in its mildness.

Comments Off on Did we have a normal winter this year?