How is the ice cover on the Great Lakes?

Posted on February 13, 2017 by WeatherGuys Editor 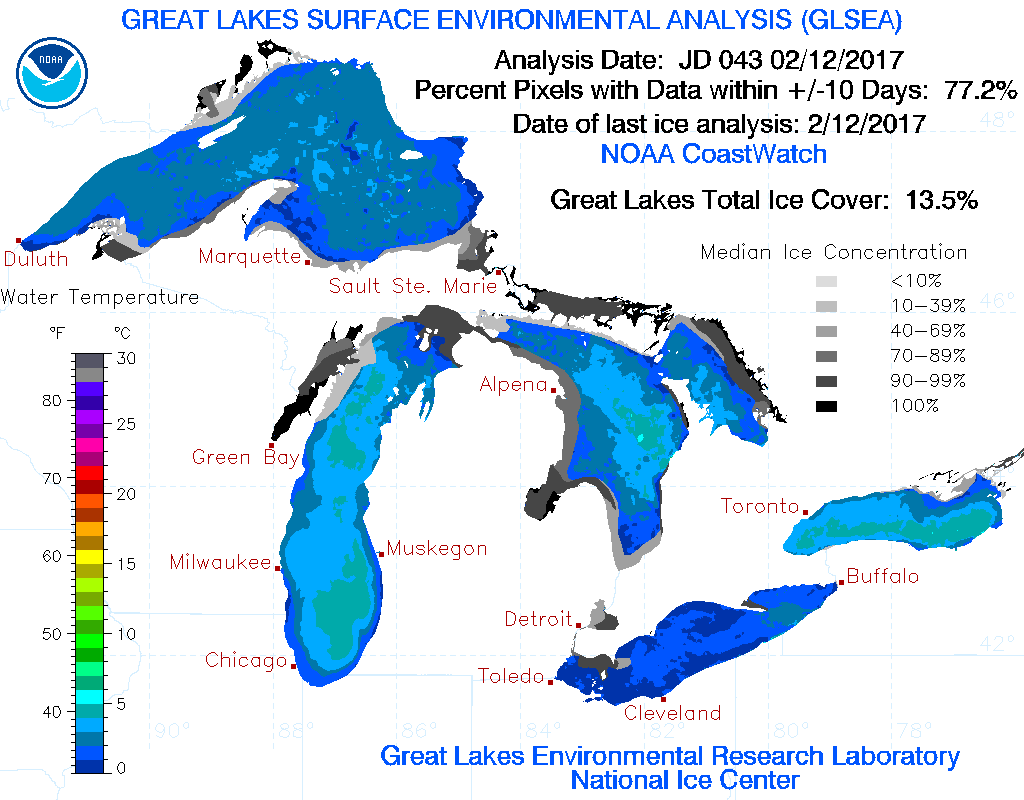 National Oceanic and Atmospheric Administration (NOAA) monitors and reports on the ice coverage of the Great Lakes.

The average concentration of ice on Lake Superior is currently 5.7 percent, compared to 4.6 percent last year and 55.5 percent in 2015.

During winter, lakes lose energy to the atmosphere as the water near the surface cools.

The density of the water near the surface increases and this surface water sinks because it is denser than the warmer water below.

Warmer water under the surface rises to replace this sinking water because of its smaller density. When all the lake water reaches a temperature of 40 degrees, further cooling of the surface water makes it colder than 40 degrees and, because it is now less dense than the water around it, it will float and continue to cool.

Once this surface water decreases to 32 degrees, the water freezes. The freezing then spreads downward into the lake and the ice thickens.

Comments Off on How is the ice cover on the Great Lakes?