Posted on November 9, 2016 by WeatherGuys Editor 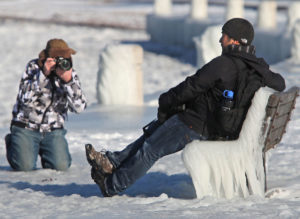 With all the beautiful fall weather we enjoyed through October and the first week of November, it may have escaped notice that Madison’s temperature has not reached or dropped below the freezing point of 32 degrees yet this season.

In fact, by not having done so this morning, we are now tied for the second-latest first freeze ever, dating back to 1938.

The latest first freeze in Madison’s history occurred on Nov. 12, 1946, and if we can get past a potentially chilly Tuesday night, we stand a fairly good chance of making a run at that record by the end of this week.

Such a late first freeze, coupled with our record run of consecutive days over 70 degrees and nights warmer than 45 degrees, has firmly placed this summer and autumn into a category by itself – not quite the warmest of all time, but perhaps the most persistently resistant to intrusions of cold.

One of the strongest indicators of what kind of winter we might have in the state is often the phase of the El Nino-Southern Oscillation (ENSO).

When the tropical Pacific sea surface temperatures are warmer than normal off the coast of South America extending to the dateline (El Nino), that tends to deliver a warmer and wetter (less snowy) winter to Wisconsin.

Currently, the conditions there are in the opposite phase of ENSO (La Nina), a situation with which a much less robust winter signal is associated. In addition to the difficulty of confidently making a seasonal prediction under these circumstances, given the late freeze date it seems certain that when winter finally does decide to arrive it will not look back.

Consequently, we may all end up having the impression of a long, unrelenting winter this year even if, when it is over, the actual numbers do not support that characterization.

Comments Off on Is Madison’s all-time latest freeze record in jeopardy?