What are the plant hardy zones and how do they relate to climate? 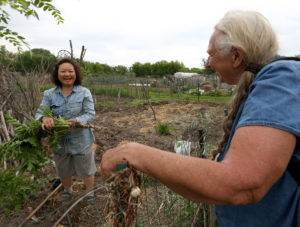 If you are involved with gardening, you probably are aware of the hardy zones listed on seed packets.

The U.S. Department of Agriculture developed the zones and first published them in 1960.

A hardiness zone provides information on the type of plants capable of surviving certain climatic conditions. These conditions include the ability of a plant to survive a minimum temperature range.

The climate zones are determined from temperature records kept by National Atmospheric and Oceanic Administration (NOAA).

Recognizing that climate varies over long time periods, every 10 years NOAA computes a revised 30-year average temperature and extreme temperatures for the U.S. Between 1961-1990 and 1976-2005, the 30-year average minimum winter temperatures increased at nearly all locations in the continental U.S. This suggests appropriate changes in plant hardiness zones.

The USDA Plant Hardiness Zone Map developed in 1990 was updated in 2012. Previously, south-central Wisconsin was in zone 4b, in the revised map we are zone 5a. Given the continued warming of our minimum wintertime temperatures, when the USDA next revises the hardy zone map, the zones in Wisconsin may again shift northward.

While the hardiness zones are useful, they cannot account for all climate and weather conditions such as snowfall, which can insulate the plants during a cold winter, or severe summer heat. In addition to knowing your plant hardiness zone, it is also very useful to talk with local master gardeners and nurseries as you plan your plantings this season.

Comments Off on What are the plant hardy zones and how do they relate to climate?