How are the National Weather Service and Wisconsin connected?

Posted on November 27, 2017 by WeatherGuys Editor

The roots of our National Weather Service have a distinctive Wisconsin flavor. Professor Increase A. Lapham, a University of Wisconsin professor at the time of the founding of the university, was the first official Smithsonian Institution weather observer in Milwaukee and long argued for the establishment of a national weather observation network.

With the election of President Ulysses S. Grant in November 1868, Lapham and Rep. Halbert Paine, the U.S. congressman from Milwaukee, thought the time was right to pursue this goal. Grant had developed a keen sense of the influence of weather on military operations through his experiences in the Civil War.

On Feb. 2, 1870, Paine introduced a Joint Congressional Resolution that tasked the Secretary of War “… to provide for taking meteorological observations at the military stations in the interior of the continent and at other points in the States and Territories … and for giving notice on the northern [Great] lakes … of the approach and force of storms.”

Congress passed the resolution with little hesitation and a week later, on Feb. 9, 1870, President Grant signed it into law – effectively establishing the first iteration of the National Weather Service (then called the U.S. Army Signal Service). Operation of the Signal Service began Nov. 1, 1870, and one week later, Lapham issued the first high wind warning for the Great Lakes from Chicago. The forecast was accurate and was credited with saving considerable property and protecting lives.

The Wisconsin connection to the National Weather Service continues to this day, as the current director of the NWS is a UW-Madison graduate, Dr. Louis Uccellini. 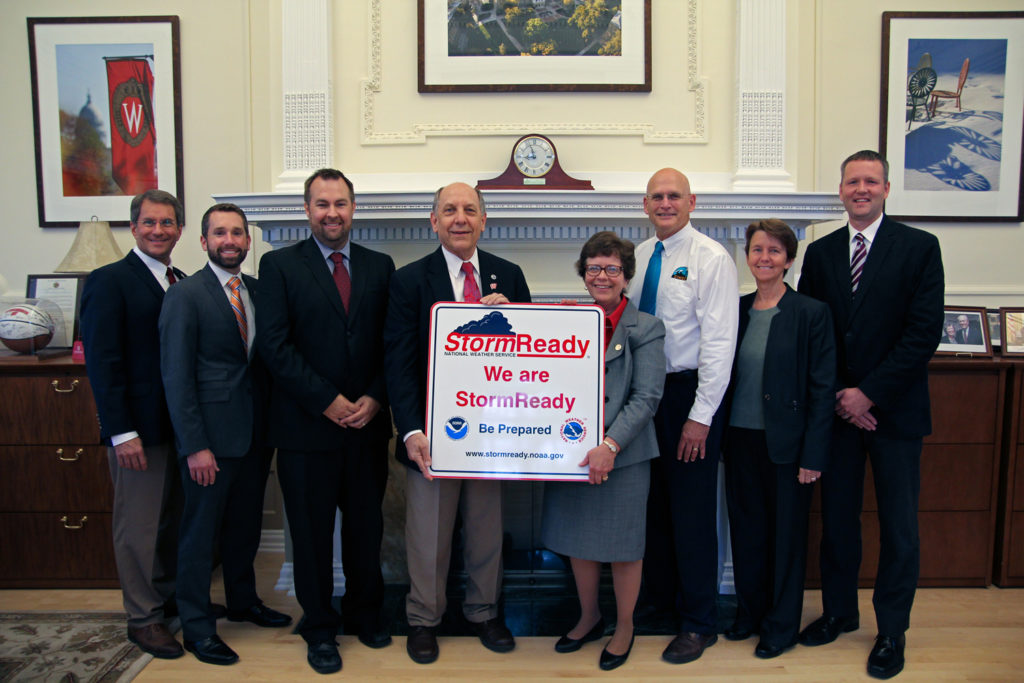 Comments Off on How are the National Weather Service and Wisconsin connected?